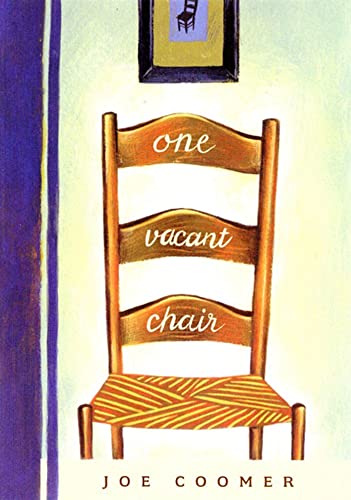 Once again, Coomer (; ; etc.) presents a wonderfully eccentric cast of characters and delivers a philosophical punch in a comic and poignant novel about life, death and family ties. He plays with oft-used narrative conventions—a funeral that leads to a rebirth, a painter who teaches the art of seeing, a physical journey that leads to spiritual growth—which, in the hands of a lesser writer, might have resulted in a mishmash of feel-good nonsense. But Coomer makes it work. "[L]ike separate drops of condensating water pooling in the bottom of a cold spoon," a scattered family reconvenes in Fort Worth for the funeral of its crotchety matriarch. Narrator Sarah, an overweight designer of Christmas ornaments trying to cope with her husband's infidelity, decides to remain there after the funeral with her Aunt Edna—a school cafeteria worker, amateur philosopher and a skilled painter of portraits of chairs. Aunt Edna becomes Sarah's guru, advising her on matters of health, love and art as the two women plan to take Grandma Hutton's ashes to Scotland, in keeping with her surprising will. Everything that follows—Aunt Edna's marriage, her death and her posthumous emergence as a major artist—is as inevitable and unexpected as any lover of classic story structure could hope for. And still, the story feels real. Even James (Aunt Edna's boyfriend, a blind black chair repairman) is a fully rounded, believable character who, with his alternative ways of "seeing," only occasionally teeters on the edge of symbolism. Coomer's tight focus on the mundane reveals the magical underbelly of everyday life.