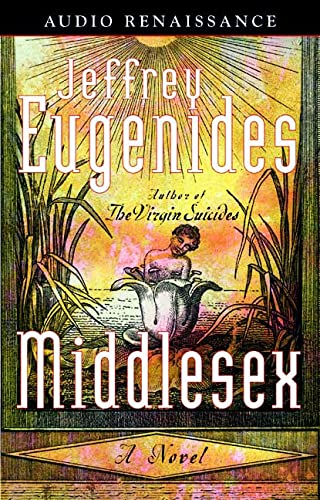 Without a doubt, this audio edition of Eugenides's long-awaited second novel (after ) represents an acme of the audiobook genre: the whole equals much more than the sum of its parts. This is simultaneously the tale of a gene passed down through three generations and the story of Calliope Stephanides, the recipient of that gene. Never quite feeling at home in her body, Callie discovered at the age of 14 that she is, in fact, genetically, if not completely anatomically, a boy. From this point on she becomes Cal, and it is Cal, the 41-year-old man, who narrates the story, dipping all the way back in history to the time of his grandparents' incestuous relationship in war-torn Turkey. Tabori's performance of the text is phenomenal. His somewhat high-register, wavering voice, reminiscent of a young Burgess Meredith, is completely convincing as both the young female Callie and the older male Cal. Not only are his interpretations of the characters astonishingly credible, but his internalization of the narrative is nothing short of amazing. Listeners will feel this exhilarating story is being told personally to them for the very first time. Additionally, the intro music at the beginning of each of the 28 sides is different, with each snippet offering a different style of music, reflecting the current timeline and mood of the story. This adds a subtle but wonderful effect.