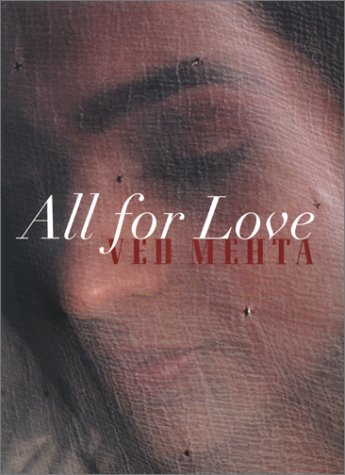 In this excruciatingly honest autobiographical work, author Mehta conducts an exquisite exploration of his love life as a young man, attempting to focus an objective lens on the most subjective of matters. The volume, the ninth in Mehta's Continents of Exile series, examines the blind writer's pathos-laden involvement with four different women while living in New York City in the 1960s and 1970s and working at the . In rich, sensuous language, he paints a precise picture of people and place, skillfully depicting both India and Manhattan. Much of the memoir consists of letters between Mehta and his various lovers, and this epistolary element best represents the spectrum of emotions. The letters include the minutiae of relationships—pet names, inside jokes, mundane retellings of the day's proceedings—yet they also reveal a great deal of angst and psychological despair. Mehta demonstrates more than a little bravery by stripping his life to its essentials, and he succeeds magnificently in his endeavor, in part because of his detachment from the events he chronicles. The last section—an account of Mehta's psychoanalysis—represents the book's only significant flaw. Presented principally as a dialogue between the writer and his psychiatrist, it echoes clichéd Freudian exchanges between any patient and doctor. In the earlier chapters, Mehta proves his ability to contemplate and investigate his romances on his own, so the intrusion of the analyst is particularly grating. Though the concluding chapter falls short of those preceding, this elegant volume remains a striking piece of insight into the nature of love.