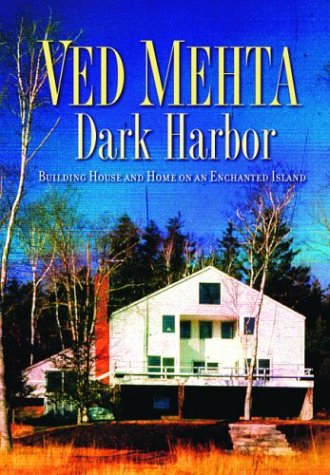 DARK HARBOR: Building House and Home on an Enchanted Island

In the 10th and penultimate installment of his Continents of Exile autobiographical series, Mehta (; ) deftly turns homebuilding into a metaphor for other struggles. Seeking acceptance, love, a home and a family, he evokes their universal nature alongside the unique challenges of his blindness, which render his achievements particularly poignant. "I was glad that I was in a position to give my wife and children some measure of what a sighted husband and a sighted father might give," he writes near the end of this volume, with his island home built and his daughters happily installed in sailing camp. The story begins, though, with the author as a single urbanite living on a writer's meager income, awed by wealthy friends who vacation on Maine's island of Islesboro. While Mehta, a 30-year veteran, bristles when people cater to his blindness, the book shows how his condition makes his project breathtakingly difficult. While he is adept at navigating Manhattan, with its myriad sounds, the forested island, accessible only by boat or plane, defies him from the moment a pilot leaves him alone on the airstrip and he briefly panics. Mehta's conversation with himself at this moment captures his social anxiety and the recklessness with which he overcomes it, themes that run throughout the book. "I shouldn't have let him fly away just for the sake of giving Annette [Mehta's friend] the impression that I was every bit the equal of a seeing person," he tells himself. His candid self-observation and clear, clean prose make for an engaging read. Photos.