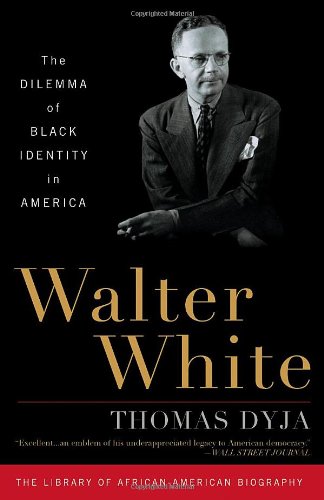 Walter White: The Dilemma of Black Identity in America

Once known as “Mr. NAACP,” Walter White and his contributions to African-American history have been lost in the margins of memory. Dyja ( ) offers a straightforward biography of the light-skinned, blue-eyed, blond-haired black man who served as executive secretary of the NAACP for the “complex and pivotal decades” from 1931 to 1955. White's daring made him an unparalleled investigator into the horrendous violence and systematic peonage that characterized the decades before WWII. His accomplishments were history making: desegregation of the armed forces owes a debt to his investigations into the treatment of black soldiers in Europe and the Pacific; the Legal Defense Fund owes much to White's focus on litigation. Usefully but often controversially, this “man of few theories and many tactics, remained squarely, sanely and consistently down the middle for almost four decades” and kept the NAACP along that same path. As in White's life, the NAACP holds the center, but Dyja attends to White's place as a writer of the Harlem Renaissance and to his more intimate life, including his “last act”—White's marriage to a white woman that, according to the author, “cost him his place in history.”