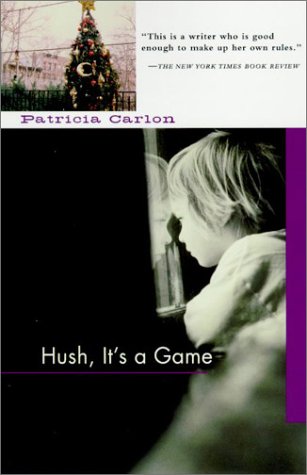 Long popular in Australia, Carlon was recently brought to U.S. attention with Soho's reissue of six of her fine psychodramas (The Price of an Orphan; The Whispering Wall, etc.). This seventh reissue, originally published in 1967, hits a rare false note. Lacking the suspense and compelling moral dilemmas of Carlon's stronger offerings, the novel opens with ex-con Frank Aldan killing his former girlfriend, Isobel Tarks, shortly after his release from prison. What Aldan doesn't realize until after he has left Isobel's apartment is that she was babysitting a six-year-old neighbor girl, Virginia, at the time. Virginia, whose father had gone away on a business trip, leaving her with Isobel for several days, was locked in the kitchen when the woman was shot to death. It's Christmas Eve, and Virginia can't get out. All she can see through the keyhole are Isobel's legs. Can she free herself before Aldan figures out that she is a witness and returns to finish her off? Will a group of concerned neighbors manage to discover Virginia's predicament and rescue her? Despite a clever, ironic ending, the novel is unexceptional. Young Virginia's quandary never comes across as all that dire--after all, she's trapped in a well-stocked kitchen, not a dark, cold cellar. And Aldan, a small-time crook, simply doesn't come across as a potential killer of small children. Still, the story shows some flashes of the quirky characterizations and nail-biting tension of Carlon's best work. (Feb.) FYI: Hush, It's a Game is published in conjunction with a paperback reprint of Unquiet Night.
close
Details