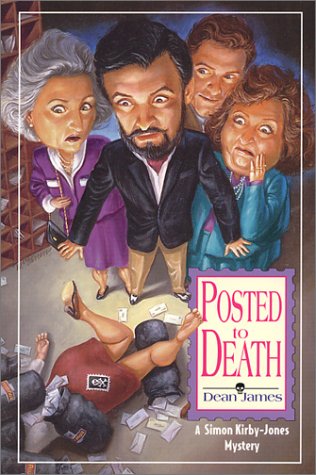 Amateur sleuth Simon Kirby-Jones, who has appeared in short stories by Edgar-nominee and Agatha-winner James (), is sure to revolutionize the traditional British cozy and win the hearts of fans everywhere in his first full-length mystery. Simon is not only American and gay but also a vampire whose sun sensitivity and blood sucking urges are controlled by medication. (Garlic, though, can be deadly.) Thrilled to be living in England, he is eager to make the village of Snupperton Mumsley his home, where he plans to write more of his well-known historical works and lucrative pot-boilers. Seeking to become part of the community, Simon joins the fundraising committee of St. Ethelwold's, the local church. At the first meeting an argument erupts between Lady Prunella Blitherington, matriarch of the village's first family, and Abigail Winterton, the town busybody and postmistress, about the choice of the play to be presented as the fundraiser. When Abigail, disliked by almost everyone, is found murdered the next day, Simon determines to find her killer and in so doing discovers all the sordid secrets of Snupperton Mumsley. Quirky villagers, quaint cottages and an intriguing mystery told in the voice of a highly unusual protagonist with a rapier wit combine for a delightful reading experience. While Simon's vampire blood may run cold, he is warm and human. This light-hearted series debut makes one glad vampires can live forever.