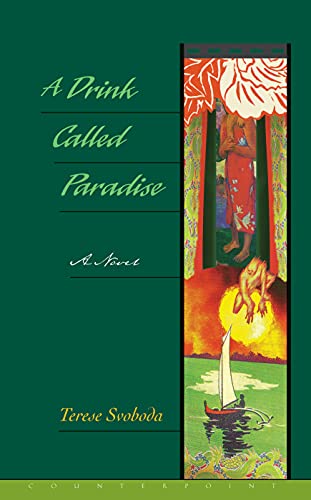 Poet (Mere Mortals) and novelist (Cannibal) Svoboda's seductive, dreamlike postmodern novel is an ecological parable and a vacationer's nightmare. Clare, an advertising copywriter coping with divorce and guilt over her son's accidental death, seeks relief from Los Angeles through a week's escape on a remote tropical Pacific island, but her sojourn stretches into a six-week ordeal. Though she ""goes native,"" eating taro and joining the island women in their dancing and chores, she remains an outsider, a tourist, a foreigner. The island oozes sexuality (native women give each other ribald nicknames) and suppressed violence. Clare, half-asleep in a guest hut, fends off an indigenous would-be rapist who insists his nighttime assault is simply a ritual custom. Native women have scars around their necks, hidden by necklaces of shells. Even Harry, Clare's fellow tourist and casual lover, spins a dark yarn about his hippie days in Afghanistan, when a relief worker who accidentally ran over a boy was hanged by the locals. Finally, when four moon-suited men escort Clare away in an emergency boat and perform medical tests on her for radiation exposure, she discovers that the area is off-limits due to a hushed-up atomic bomb test or a nuclear accident. Svoboda's lush, fractured lyricism captures the indolent rhythms, isolation and deceptive calm of this far-from-paradisaical island, which exudes an aura of menace. Her ever-changing prose is often strikingly beautiful (""Cumuli pile over me, shadowing the ocean with boat shapes, boats that are always arriving.... Fish muscle through the water in sheaves of color""). Postmodernism's heady potential to reinvent language, unclog the doors of perception, and reconceptualize thoughts, feelings, selves and reality is on vibrant display in this demanding, worthy novel. (May)
close
Details