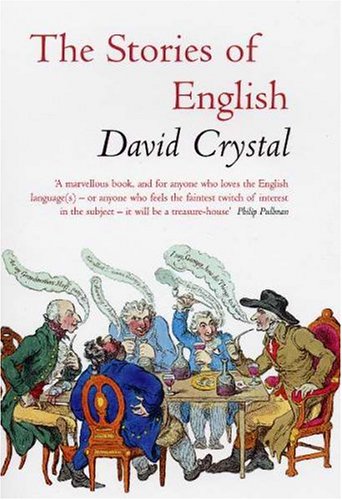 THE STORIES OF ENGLISH

Leading British linguist Crystal ( ) immediately distinguishes his pluralistic study of English's evolution from the standard, narrowly focused histories by describing not only how it evolved on an isolated island example from a Germanic language to the standard English we know today., but also on marginalized regional dialects, vernaculars and other "nonstandard" examples, beginning with the origins of Old English. He shows, for example, how even Chaucer and Shakespeare embraced dialects in and There are also lighter moments, such as Crystal's examination of the Anglo-Saxon intonations of Yoda in and of Tolkein's Middle Earth idioms. Writing of the 18th century, the author contrasts the proscriptions of Dr. Johnson and others regarding spelling, grammar and pronunciation with the efforts of Americans such as Noah Webster to differentiate American from British English. (Regional and ethnic variations elsewhere in the British Empire receive more cursory treatment.) However, Crystal glosses over the current status struggle in the U.K. between more "authentic" dialects, such as the northern Liverpudlian, and newer ones, such as the suburban Estuary English. As for the language's future, Crystal wishes to see Standard English taught alongside familiarization with the varieties of dialects. Although he doesn't spell out how to accomplish this, his well-informed and appealing book makes a good case for the importance of dialects. 9 b&w illus., 12 maps.