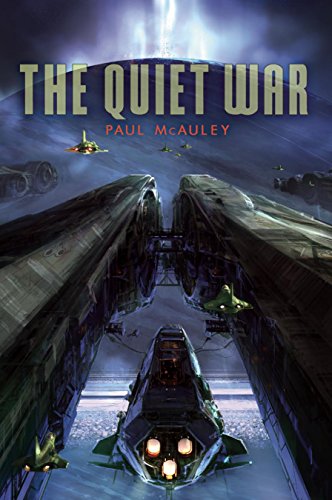 Shortlisted for this year's Arthur C. Clarke Award, this sweeping interplanetary adventure is also a thoughtful examination of human nature. The few people remaining on feudal 23rd-century Earth are obsessed with repairing the damaged ecosystem, while the near-anarchic Outers, who fled to the solar system's outer worlds, would rather probe the atmosphere of Saturn and grow gardens in vacuum. Earth tries to rein in the Outers with a campaign of intrigue, assassination and sabotage that culminates in bloody carnage. McAuley ( ) moves deftly among five well-drawn characters in the thick of the action: a cloned spy, a hotshot pilot, a ruthless scientist, a bluntly independent biological engineer and an unscrupulous diplomat. They all, in different ways, must choose between the familiar and the new, struggling to reconcile conflicting desires. This compelling tale opens vast panoramas while confronting believable people with significant choices.