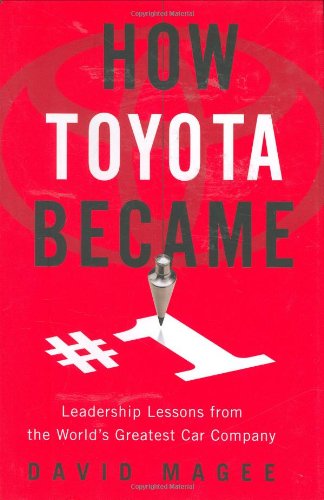 Magee, a columnist at the , ably chronicles the rise of leading auto manufacturer Toyota and the underlying principles that led to its ascendancy. From lean production to a long-term focus to specialized philosophies like “kaizen” (a system of continuous improvement in which instances of waste are eliminated one by one) and “genchi genbutsu” (a belief in practical experience over theoretical knowledge), Magee documents each contributing factor in Toyota's success. Going back as far as Toyota founder Kiichiro Toyoda's father Sakichi Toyoda, a successful inventor who inspired and financed the car company's first operations, Magee takes the reader through the company's current challenges and achievements. While he delivers some fresh ideas on how to foster innovation within a particular industry, his overwhelming praise for Toyota's methods reads suspiciously like hagiography, despite his frequent assurances that he wrote the book “in complete objectivity with no involvement or influence from the company.” Still, this work will interest those involved in the automotive world or similar industries.