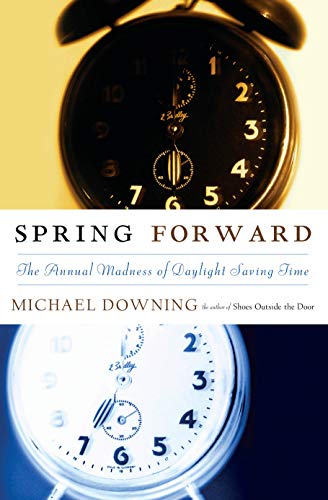 This short, jam-packed account by Downing ( ; ) rights the often misunderstood history of daylight saving time. The idea, proposed in 1907 by British architect William Willett, who had an "epiphany" on one of his daily horseback rides through London at dawn, was first adopted in wartime Germany in 1916 to keep energy costs low. While many nations (including the U.S.) followed Germany's example through WWI, only Britain maintained the policy following the war. In America the practice was denigrated as a reminder of wartime hardship and as symptomatic of big government. It was New York City (not the nation's farmers, as many incorrectly believe) that rallied for its reinstatement. Pressured by bankers and brokers who wanted to capitalize on the hour of arbitrage daylight saving allowed with the London markets, the New York City Board of Aldermen lobbied it into law in 1920. The practice spread mostly haphazardly through the country, despite occasional efforts to enforce uniformity. While the history is awash in tedious legislative minutiae, Downing brings it to life by dramatizing politicians and various industries pitted against one another in absurd, often hilarious debates. It's a colorful story of something we all take to be fundamental, but through history has been maddening, divisive and baffling.