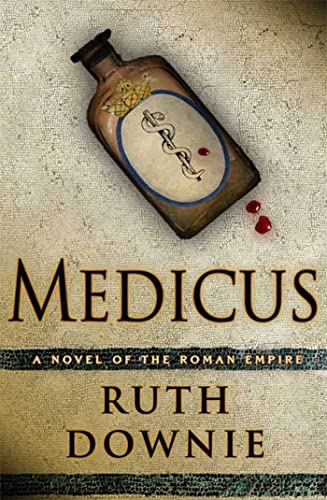 The salacious underside of Roman-occupied Britain comes to life in Britisher Downie's debut. Gaius Petrius Ruso, a military medicus (or doctor), transfers to the 20th Legion in the remote Britannia port of Deva (now Chester) to start over after a ruinous divorce and his father's death. Things go downhill from there. His quarters are filthy and vermin-filled, and his superior at the hospital is a petty tyrant. Gaius rescues and buys an injured slave girl, Tilla, from her abusive master, but she refuses to talk, can't cook and costs more to keep than he can afford. Meanwhile, young women from the local bordello keep turning up dead, and nobody is interested in investigating. Gaius becomes a reluctant detective, but his sleuthing threatens to get him killed and leaves him scant time to work on the first-aid guide he's writing to help salvage his finances. Tilla plots her escape as she recovers from her injuries, and just when Ruso becomes attached to her, she runs away, complicating his personal life and his investigation. Downie's auspicious debut sparkles with beguiling characters and a vividly imagined evocation of a hazy frontier.