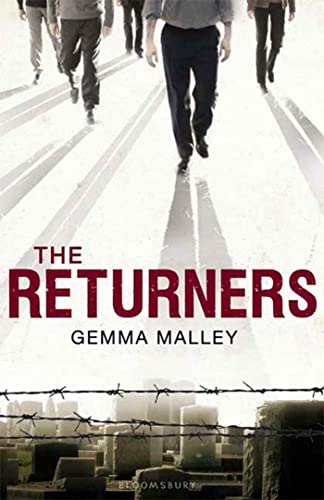 The sins of the past threaten to repeat themselves in the future, as Malley ( ) offers a thought-provoking exploration of mankind's capacity for good and evil. In 2016 London, a fierce nationalistic sentiment encourages discrimination and violence against foreigners and immigrants. Meanwhile, teenager Will Hodges struggles with bouts of rage, his father's mercurial mood swings, his mother's suicide years earlier, unreliable memories, horrifying nightmares, and the sensation that he is being stalked. Soon it's explained that, like his stalkers, he is a Returner, destined to witness and remember historical atrocities while being reincarnated (“We experience the worst that humanity is capable of,” another Returner explains to Will, “we absorb the pain, contain the horrors”). When Will further learns that his role in past brutalities may not have been passive or unwilling, he rebels against his fate. It's an intensely philosophical study of free will versus predestination and the relationship between past, present, and future, though it suffers somewhat from Will's halting, present-tense narration. The concept is fascinating, and there are enough harrowing moments to hold readers' attention. Ages 12–up.