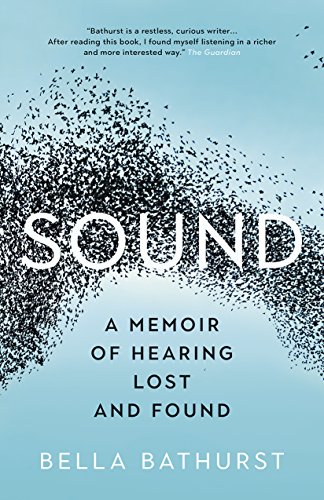 Sound: A Memoir of Hearing Lost and Found

In this fascinating memoir, British novelist Bathurst (Special) writes of losing and regaining her hearing over the course of 12 years beginning in 1998. At age 27, Bathurst began to realize she was losing her hearing, and she explains how, feeling embarrassed and ashamed, she tried to hide her hearing loss. For a while, her life was a struggle: telephone conversations became difficult, and participation in social interactions in noisy restaurants became impossible (the wrong dishes would come out and the strain exhausted her). In addition to telling her own story, Bathurst discusses well-known figures from history and how they dealt with the loss of their hearing, such as Ludwig van Beethoven, who, in his own words, “was soon compelled to withdraw myself, to live life alone.” These tidbits occasionally interrupt her own story. Gradually, however, she accepted her condition and met others suffering from hearing loss. In 2009, Bathurst, seeing her regular audiologist, learned the real cause of her hearing loss was a condition called otosclerosis (as her hearing worsened, the doctor was able to pinpoint the reason); after surgery, her hearing was restored and “everything was bigger than I had the capacity to express.” For those who struggle with hearing loss, Bathurst’s affecting memoir will enlighten and educate. (Oct.)
close
Details