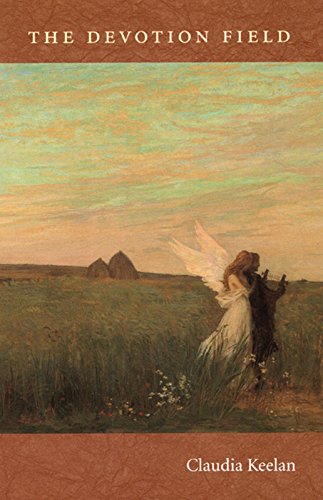 Keelan, the author of four well-received collections, continues to ask critical questions about religious transcendence, social responsibility and what it means to be good in her newest book. "Looked inside An American soul," she writes in the opening poem, setting up one of the primary themes of the collection: the troubled and troubling intersection of the personal and the political. Keelan obsesses about the nature of the American—both for the individual and the state: "Each actor involuntarily God / Thou Not Thou Thou // & all such poor representatives of the nation." Her ruminations are deeply rooted in the literary tradition; allusions to canonical American writers such as Hawthorne and Thoreau recur. The poems register continual astonishment at the mere fact of being alive; many poems marvel at the existence of the poet's son. The heady transcendental quality of Keelan's subject matter risks both pretension and preciousness, but the flat, direct tone of her verse acts as a regulator. Ultimately, a genuine and not-at-all trite sense of gratitude for the miracles of daily life provides responses, if not answers, to Keelan's questions, but many post-elections readers will find her inquiries into the larger patterns and parameters of the national soul more pressing.