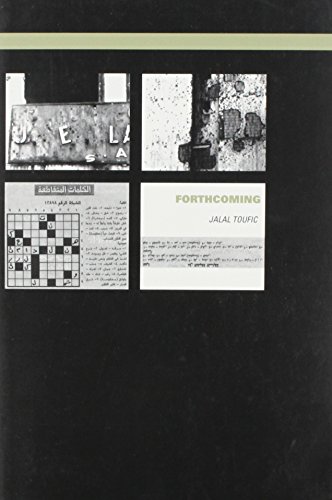 The Lebanese writer, film theorist and video artist Toufic is the author of three previous volumes, including and , an analysis of culture as spectacle. can most conveniently be described as film criticism, since it returns to film as the subject and the springboard of its near-recursive meditations, though the writing rigorously defies categorization on a deeper level. Using abstractions like "substitution," "reflection" and "counterfeiting" as unstable structures around which associations, thoughts, philosophical propositions, speculations and poetic musings intersect, collide and interact, Toufic ranges over a plethora of art forms, genres and eras—Shakespeare, the Koran, Nietzsche, Rilke, Magritte, Shi'ism, David Lynch, descriptions of Cairo, the speaker's dating life, and the politics of the Middle East are just a few. At some points Toufic "updates" the material he is working with, such as an altered , intended for avant-garde director Richard Foreman, or the criticism-cum-appropriation of the photo portrait of Jack Nicholson's Jack Torrance in Kubrick's . The boundaries of description, analysis and speculation are intentionally thin, and Toufic manages to be evocative, exacting and vague all at the same time: "Was photography invented not so much to assuage some urge to arrest the moment, but partly owing to an intuition that it already existed in the universe, in the form of the immobilization and flattening at the event horizon?" Toufic blurs the boundaries of critical thinking and poetically pitched writing (risking incomprehensibility in the process), but his work reveals a richly interconnected world that can be completely accepting of its own particularities.