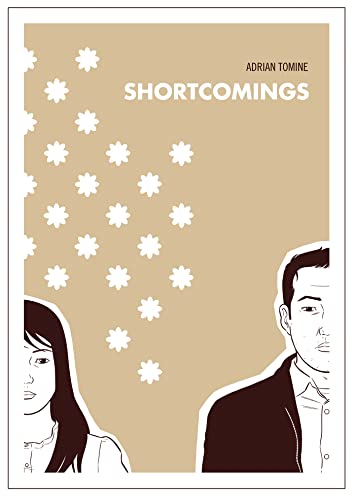 Tomine's lacerating falling-out-of-love story is an irresistible gem of a graphic novel. is set primarily in an almost otherworldly San Francisco Bay Area; its antihero, Ben Tanaka, is not your average comic book protagonist: he's crabby, negative, self-absorbed, über-critical, slack-a-riffic and for someone who is strenuously “race-blind,” has a pernicious hankering for whitegirls.

His girlfriend Miko (alas and tragically) is an Asian-American community activist of the moderate variety. Ben is the sort of cat who walks into a Korean wedding and says, “Man, look at all these Asians,” while Miko programs Asian-American independent films and both are equally skilled in the underhanded art of “fighting without fighting.” As you might imagine, their relationship is in full decay. In Tomine's apt hands, Tanaka's heartbreaking descent into awareness is reading as good as you'll find anywhere. What a relief to find such unprecious intelligent dynamic young people of color wrestling with real issues that they can neither escape nor hope completely to understand.

Tomine's no dummy: he keeps the “issues” secondary to his characters' messy humanity and gains incredible thematic resonance from this subordination. Tomine's dialogue is hilarious (he makes Seth Rogan seem a little forced), his secondary characters knockouts (Ben's Korean-American “only friend” Alice steals every scene she's in, and the Korean wedding they attend together as pretend-partners is a study in the even blending of tragedy and farce), and his dramatic instincts second-to-none.

Besides orchestrating a gripping kick-ass story with people who feel like you've had the pleasure/misfortune of rooming with, Tomine does something far more valuable: almost incidentally and without visible effort (for such is the strength of a true artist) he explodes the tottering myth that love is blind and from its million phony fragments assembles a compelling meditation on the role of race in the romantic economy, dramatizing with evil clarity how we are both utterly blind and cannily hyperaware of the immense invisible power race exerts in shaping what we call “desire.”

And that moment at the end when the whiteboy squares up against Ben, kung-fu style: I couldn't decide whether to fold over in laughter or to hug Ben or both. Tomine accomplishes in one panel of this graphic novel what so many writers have failed to do in entire books. In crisp spare lines, he captures in all its excruciating, disappointing absurdity a single moment and makes from it our world.