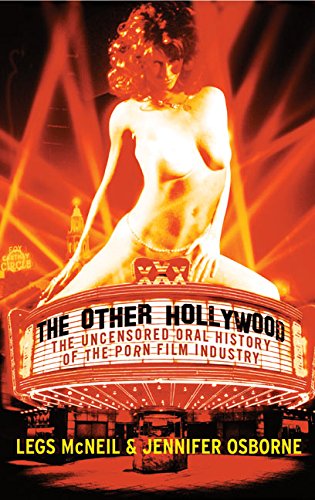 This compulsively readable book perfectly captures the pop culture zeitgeist. It doesn't hurt that the history of American pornography is inextricably intertwined with all the subjects that captivate us: sex, drugs, beauty, fame, money, the Mafia, law enforcement and violence. McNeil ( ) focuses on the industry's dark underbelly: suicide (Savannah), fratricide (the Mitchell brothers), Mafia hits (John Gotti whacked Robert DiBernardo, the mob's point man in the porn business) and gangland slayings (John Holmes). But beyond the scintillating subject, it's McNeil's skillful technique that elevates this oral history, coauthored by journalists Osborne and Pavia, above the tedium of a courtroom transcript. Most chapters contain multiple story lines, which McNeil cleverly weaves together by the end. And the book's two most fascinating stories—about the making of and the Traci Lords child pornography case—involve unreliable narrators, which gives them a -like quality. In the case of , the movie that catapulted hardcore pornography into the mainstream, its star, Linda Lovelace, claims she was forced to perform in the movie, though everyone else connected to the film contradicts her. As for Lords, her detractors make a compelling argument that far from being the victim she portrays herself to be in her book, she deceived the industry about her age so she could make a fortune and leverage her sob story into a mainstream Hollywood career. Whether recounting high-profile scandals or answering trivia about the origins of porn films and lap dancing, this is a relentlessly gripping read. B&w photos.