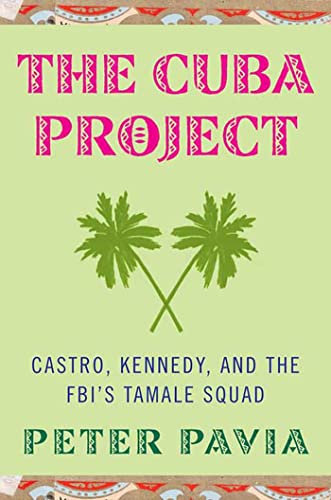 The Cuba Project: Castro, Kennedy, and the FBI's Tamale Squad

This shallow history of America's multifaceted anti-Castro machinations chronicles the misadventures of four interlocking groups: Cuban exiles in Miami, seething with quixotic plans to oust Castro; the FBI's "Tamale Squad," charged with keeping a lid on them and chasing Cuban agents in the U.S.; the CIA, working to organize a paramilitary overthrow of Castro; and American mobsters motivated by Castro's shuttering of their Havana casinos to help the CIA assassinate him. Journalist Pavia (coauthor of about the porn industry) frames this confluence of insurgents, spies, gangsters and gumshoes as a glamorous Cold War cultural efflorescence (he recounts Havana's fall through the eyes of actor George Raft, besieged in his casino by angry crowds), but it's an unstylish story of dour ineptitude. The Tamales mainly do mundane police work, the expatriates bicker, the assassination and invasion plots fizzle toward the Bay of Pigs fiasco, the gangsters supply some color but no excitement. Pavia relies heavily on interviews with grizzled Cold Warriors like CIA agent/Watergate felon E. Howard Hunt and seems to have imbibed their glib anticommunism, thus foregoing any serious assessment of American policy toward Cuba.