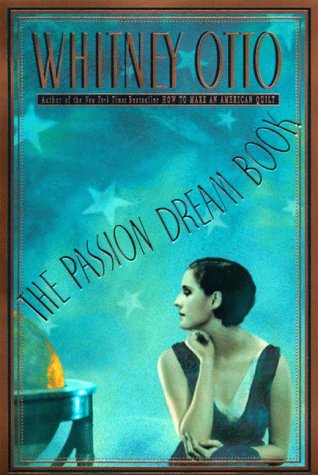 Art is long and life is short, but life can gain depth and texture if one lives artfully, among arists. The dream of the title of Otto's evocative new novel, which tackles the theme of art and life, is the dream of two women in two different centuries to find passion in love and in their work. In the Italian Renaissance, young Giulietta dresses like a boy and conceals herself in the studio of the famous young artist she calls M., spying on his methods. The daughter of a respected but minor painter of birds, Giulietta, at 15, is a skilled painter who longs to be great like M., to live M.'s life. At the same time, she longs for M. himself. Just as the master and the ""boy"" are about to embrace, shattering Giulietta's deception, the narrative leaps forward to the 20th century. Giulietta's descendant, Romy March, daughter of a wealthy Italian-American financier, finds her own M. in Augustine Marks, a young African-American photographer whose work Romy emulates. As lovers, the two pass through California in the Hollywood silent film era, New York at the peak of the Harlem Renaissance, the bohemian artist scene of Left Bank Paris of the late 1920s and the San Francisco of the Beats. At first overshadowed by Augustine in her artistic life and by a seductively beautiful model in Augustine's affections, Romy comes into her own without sacrificing her sensitivity and intelligence. Otto (How to Make an American Quilt) has created a beautifully written, marvelously resonant tale that entertains as it illuminates the sometimes conflicting loves of gifted women. $75,000 ad/promo; simultaneous Harper audio; author tour; U.K., trans., first serial, dramatic rights: Joy Harris. (May)
close
Details