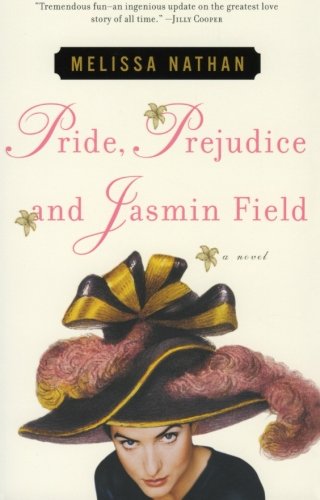 A plucky hybrid of Bridget Jones and Elizabeth Bennett, heroine Jasmin Field will attract devotees of Fielding and Austen to this flimsy but likable update of . Londoner Jasmin, or Jazz to her friends, writes a confessional column for , a "trashy women's magazine" that runs features like "I married my poodle." She gets wind of a charity adaptation of being directed by mega-star Harry Nobel, and auditions for it along with her actress sister, George, and her best friend, Mo. Unexpectedly cast as Lizzy, Jazz strikes up a flirtation with dishy actor William Whitby (playing Wickham) and develops a serious antipathy to Harry Nobel (a Hollywood-style Darcy), whose insufferable arrogance she can't wait to skewer in her column. In the meantime, George finds love with a rakish fellow actor and Mo begins a dalliance with Jazz's nemesis, the oily Gilbert. Like Austen's beloved protagonist, Jazz is strong-minded and stubborn—and, also like Lizzy, she must confront the painful realization that her firmly held opinions are not always correct. Nathan's breezy plot follows Austen's story line almost exactly, even going so far as to have many of her characters portray their Austen equivalents in the TV production. Her attempts to remain true to the original novel make for some implausible moments, as when Jazz's younger sister gets implicated in a tabloid scandal with Whitby. A few more creative departures from Austen, along the lines of Helen Fielding's tweaking of the same novel in , would have saved Nathan's effort from its awkward contrivances. This is a charming but clumsy update that will have readers rushing back to the original.