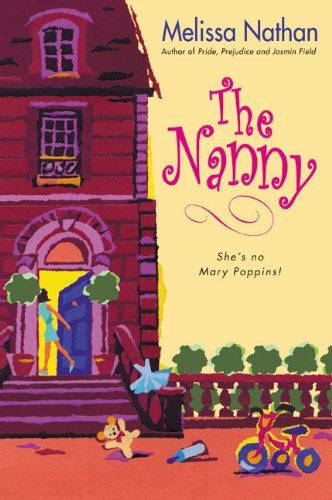 When 23-year-old Jo (named for a much saltier Jo in ) lands a surprise nanny job with the cosmopolitan and dysfunctional (of course) Fitzgerald family, she trades in her quiet smalltown home and her unexceptional boyfriend, Shaun, for life amid the bright lights of London. Duties include looking after Tallulah, Zak and Cassie (four, six and eight, respectively), keeping mum during parents Dick and Vanessa's constant bickering and getting along with Dick's sons by a previous marriage, Toby, 13, and Josh, 25. Unlike Jo's parents' shouting matches, the Fitzgeralds' marital rows consist of sarcastic verbal jousting ("Jo had never heard 'darling' used as a term of abuse before"), while the younger children's squabbling is frequent and forgettable rather than funny. The 12-hour days leave Jo no time to be homesick, and she manages to bond with everyone except Josh, with whom she shares quarters. Beady-eyed readers will quickly suspect a romance between the two, which will blossom, then wilt, revive and falter. Meanwhile, Dick and Vanessa's marriage is in jeopardy, and Dick's finances are a mess. Jo loves the darling children, but she's not entirely lovable herself. Instead, she's a victim of self-deception surrounded by one-dimensional characters—two-timing beau Shaun, sly best friend Sheila, remorseful Dick, harpy Vanessa. Though things look up toward the end, they're an unhappy bunch with untidy lives. Blimey, where's the fun in that?