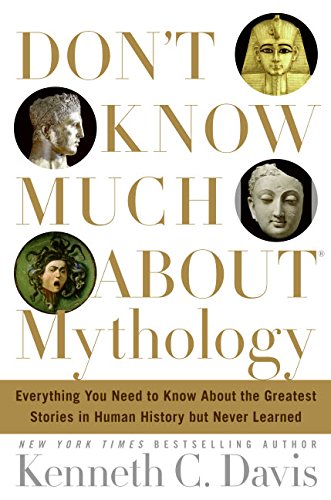 Don't Know Much About Mythology: Everything You Need to Know About the Greatest Stories in Human History but Never Learned

What is a myth? How does it differ from legend, fairy tale and allegory? Do myths cross cultures? Davis ( ) answers these and many other questions with his characteristic humor and charming storytelling. He examines the myths created by societies ranging from Egypt, Greece and Rome to Africa, India and the Americas, proceeding, as in his other books, by way of question and answer as he surveys each mythmaking culture. A who's who for each culture is also helpful. He shows the connections between myths of various cultures, such as the flood story of Noah in Genesis and that of the Mesopotamian Epic of Gilsh. Among the questions and answers, Davis intersperses "mythic voices" from characters in the stories so readers can virtually hear the heroes of bygone eras. Because Davis ranges widely and with such sparkling wit through a broad sweep of myths, his survey provides a superb starting point for entering the world of mythology.