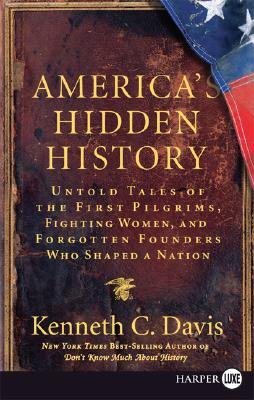 Davis (bestselling and other books in his Don't Know Much... series) provides insight into American history by telling these “tales the textbooks left out.” Christopher Columbus serves as a springboard into the “extraordinary odyssey'' of castaway Cabeza de Vaca, who was stranded during a 1527 expedition and spent eight years wandering from Florida to the Pacific. Davis asks whether the 22-year-old George Washington was a “war criminal” for having his Virginia militiamen launch a surprise attack on a French diplomatic party when England and France were at peace, setting in motion the French and Indian War. The half-dozen historical narratives also offer different perspectives on horrific Indian attacks on New Englanders during the 1690s; the 1775 battles of Lexington and Concord; and “idealistic patriot” Benedict Arnold. While some of these episodes are no longer as “hidden” as Davis claims, he skillfully illuminates the role of human foibles in historic events. With these “fulcrum moments” ending in 1789, Davis has enough leverage for another successful series.