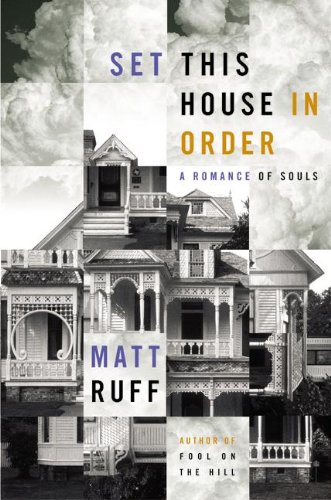 SET THIS HOUSE IN ORDER: A Romance of Souls

Part suspense, part literary coming-of-age story, this unusual novel follows a 29-year-old man with multiple personality disorder—a departure for Ruff, whose last book, , was a futuristic political satire. Andy Gage's psyche was destroyed at age three by his abusive stepfather, and from its fragments arose a crowd of personalities vying for control of his body. When the novel opens, the body has just been taken over by 26-year-old Andrew. Andrew's father, Aaron, had been in charge for years, but grew exhausted from the effort of keeping peace among the different "souls," which include sarcastic, horny 15-year-old Adam; five-year-old Jake; gentle Aunt Sam; and the violent, narcissistic Gideon, whom Aaron banished from the "house." Shy, intelligent Andrew, the narrator, is now trying to give Andy Gage a normal life. He finds a job at a software company in Seattle and makes friends with his sympathetic boss, Julie. This stability is threatened, however, when Andrew meets self-destructive Penny, whose own multiple personalities are in a state of chaos. Trying to help Penny get her "Society" under control, Andrew is thrown momentarily off guard, and Gideon seizes the body. In cahoots with Penny's foul-mouthed twin souls, Maledicta and Malefica, Gideon heads for Andy's home state of Michigan for a gripping showdown with important figures from his past. Ruff never lets the material become lurid, and his matter-of-fact depiction of the relationships between different personalities is remarkable for its imaginative details. Though he takes his hero seriously, Ruff offers plenty of comic situations as Andrew tries to interact with the outside world while the other souls kibbitz. Best of all is the endearing Andrew, a truly original protagonist.