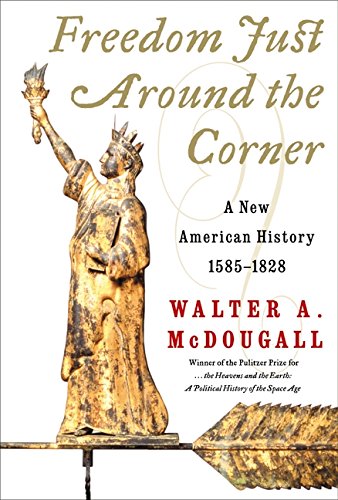 Anyone aspiring to write a multivolume history of the U.S. reckons with illustrious predecessors, especially the histories of Daniel Boorstin and Richard Hofstadter (the latter never completed). But those histories were interpretive; they had a particular slant on the past. McDougall's is more explanatory. It provides up-to-date understanding of much that happened in our early history but without a sharply etched point of view. It's thus a bit like a textbook, struggling to keep readers' attention on all it packs in. Fortunately, in this regard it succeeds wonderfully well. Briskly written, deeply researched, fact-filled and satisfyingly wide in its coverage, it's mainly a history of the public attributes of the colonies and early nation—the ethnic and racial groups (including Native Americans), its states, religious denominations, political parties, wars and institutions. There's little social history here or the history of ideas and culture, little about subjects like women, gays, historical myths and memory. But no single history, not even in a projected three volumes, can cover everything. McDougall's particular strength is that he keeps individuals front and center: the work is alive with humans and their struggles and achievements. Pulitzer Prize–winner McDougall (for ) says at the start that his theme will be the conditions that made for Americans' world-known "hustling" behavior and mentality. Fortunately, he quickly drops this line. There's a better and more fitting word for people's desire to better their lot: ambition. That's what this book has in full measure. Maps not seen by