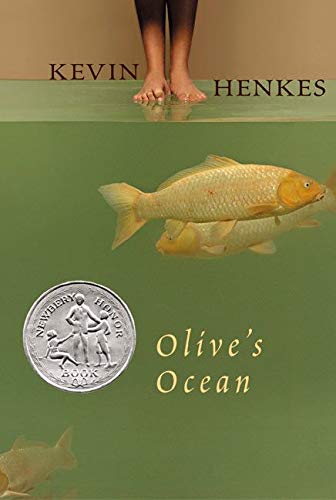 With his usual sensitivity and insight, Henkes () explores key issues of adolescence, through the observations of aspiring 12-year-old writer Martha Boyle. In the opening scene on an August morning in Madison, Wis., Martha receives a visitor: the mother of her classmate Olive Barstow, who was hit by a car the month before. The woman hands Martha a journal entry, in which Olive describes her own wish to be a writer—and to "get to know Martha Boyle next year... the nicest person in my whole entire class." Since Olive kept to herself, these revelations forge an unexpected bond between Martha and this classmate she never knew. The other hope Olive confides in the entry is that she could "one day... go to a real ocean such as the Atlantic or Pacific." Martha begins an unwitting pilgrimage of sorts: she strolls with her toddler sister to the corner where Olive died and, when she goes to visit her grandmother, Godbee, on Cape Cod, Martha experiences the ocean for Olive and for herself. In brief chapters, Henkes reveals Martha's discovery of life's fleeting qualities, her deepening bond with Godbee, and her first stirrings of romantic feeling and betrayal. Readers can peer through this brief window into Martha's life and witness a maturation, as she becomes a young woman, appreciates life anew and finds a way to give something back to Olive. Ages 10-up.