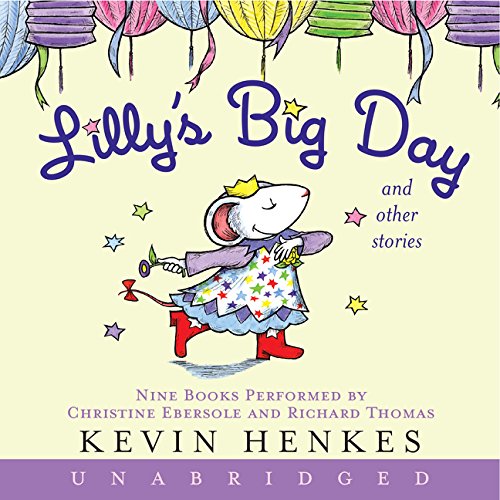 Lilly's Big Day and Other Stories

The exploits of Henkes's beloved, fiercely independent girl mouse Lilly and her friends, stars of numerous bestselling picture books, are collected on this chipper but rather spare production. Though supported by solid performances from the two seasoned actors at the helm, these mouse adventures fall a bit flat when heard without their visual picture-book counterparts. Henkes's original text and illustrations are such a seamless pairing—and his artwork contains much emotion and humorous detail—that something seems lost in this translation to stand-alone audio. Ebersole and Thomas give it their all, conveying the attitudes and feelings of the characters, but due to the lack of sparkle here, youngsters may want to stick with the print version. Ages 4-up.