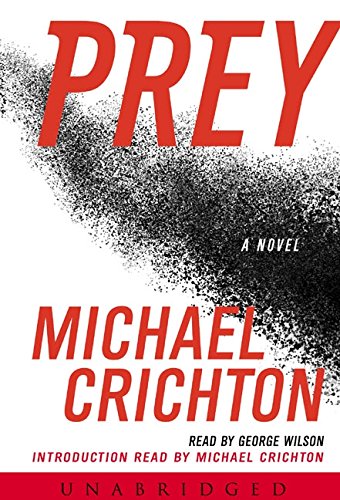 The concept of nanotechnology can be traced back to a 1959 speech given by physicist Richard Feynman, in which he offered to pay $1,000 to "the first guy who makes an operating electric motor... which is only 1/64-inch cube." Today the quest is to make machines that would be about 1,000 times smaller than the diameter of a human hair. Enter Jack Forman, a recently unemployed writer of predator/prey software, whose nearly absentee wife, Julia, is a bigwig at a tech firm called Xymos. When a car accident hospitalizes Julia, Xymos hires Jack to deal with problems at their desert nanotechnology plant. The techies at this plant have developed nanomachines, smaller than dust specks, which are programmed with Jack's predator/prey software. Not only is a swarm of those nanomachines loose and multiplying, but they appear to be carnivorous. The desert swarms are the least of Jack's worries, however, as the crew inside the plant are not entirely what they seem. Like , this "it could happen" morality tale is gripping from the start, and Wilson's first-person reading as Jack sets the pace. His confident, flinty voice and his no-nonsense delivery makes this a solid presentation of a high-speed techno-thriller. Crichton gives the audio an air of sobering authenticity by reading its cautionary foreword himself.