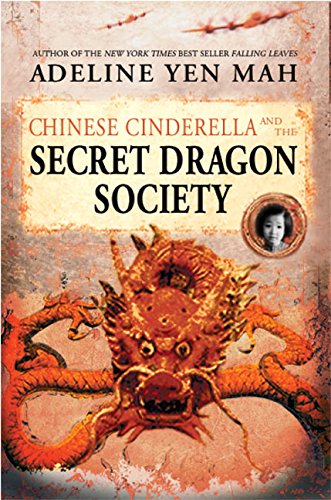 After writing two memoirs about her childhood in China, suffering abuse from a cruel stepmother, Mah ( ) writes an equally riveting novel set in 1942, featuring a young heroine from Shanghai with a background similar to her own. Unlike the author, however, 12-year-old narrator CC manages to escape her painful home life with a neglectful father and his tyrannical girlfriend by running away. She joins the secret Dragon Society, an academy devoted to "helping those who have suffered unjustly and have nobody to turn to." Under the guidance of kind "Grandma" Wu, a woman filled with pearls of wisdom, CC learns martial arts as well as the philosophy of kung fu. She also develops a strong camaraderie with three boys—also unwanted or orphaned children—who live at the academy. As Japan's occupation of China becomes increasingly treacherous, the Dragon Society prepares for a dangerous mission to save a group of American pilots from being captured by Japanese soldiers. For the first time since joining the academy, CC's courage and quick-wittedness are tested. This gripping tale based on a true event meshes action and suspense with Eastern philosophy to create a provocative and educational read. CC emerges as a noble, compassionate heroine who finds a path to happiness by helping others. Ages 10-up.