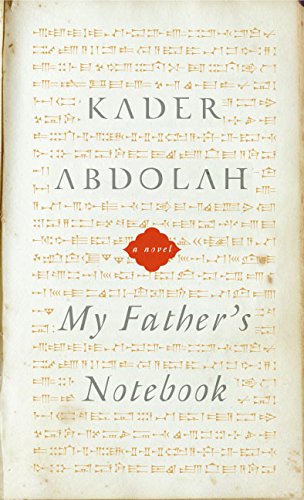 The history of Iran in the 20th century glints through the fractured lens of the enigmatic notebook of the deaf-mute carpet mender Aga Akbar in this deeply felt tale. Born to the concubine of a Persian nobleman, Aga Akbar invents a cuneiform language inspired by that of an ancient Persian king in an effort to express himself. Aga Akbar marries the brave but bitter Tina, fathers four children and moves from tiny Saffron Village to the big city. There he finds his carpet-mender's craft replaced by mechanized drudgery, and participates in the religious fervor preceding the revolution led by the imams. Years later, Aga Akbar's son, Ishmael, who narrates most of the novel, partially translates the notebook his father filled with his cuneiform script. Ishmael, who like the author is a political exile in the Netherlands, tries to understand his father, whom he served as translator and guide almost from the day he was born. Though Ishmael feels like an extension of his father, his leftist politics and university education inevitably separate them, emotionally and physically. The narrative is sometimes choppy and overpacked, but Ishmael's complex love for his father and his country and his struggle to do what is right for both proves moving and illuminating