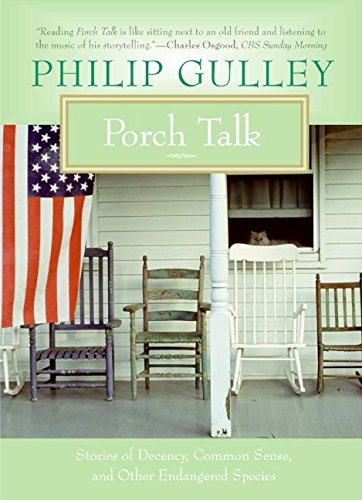 It is no insult to this occasionally moralizing humorist and Quaker pastor to say that he is a smalltown raconteur who writes tales tailor-made for readers who would never dream of living in one. In the compilation of anecdotes, recollections, riffs and barely disguised homilies that constitute his 14th book, Gulley, best known for his Harmony novels as well as theological ruminations like , skillfully mines his personal history and that of his neighbors for inspirational morsels. Family, friends, faith, community and even current events figure in meditations that span such topics as the architecture of his home, the virtues of intellectual inconsistency, his wife's passion for exercise and healthy eating, and whether it is indeed possible to have too many friends. While not afraid to be provocative on controversial subjects like creationism or politics, Gulley's general tone is straightforward, whimsical and irenic. One often wishes that he would spend more time with a particular topic, instead of giving it glancing attention before moving on. But urban readers who imbibe their literature with their lattes will find him as refreshing as do those who actually create the tapestry of homespun life Gulley so unpretentiously chronicles.