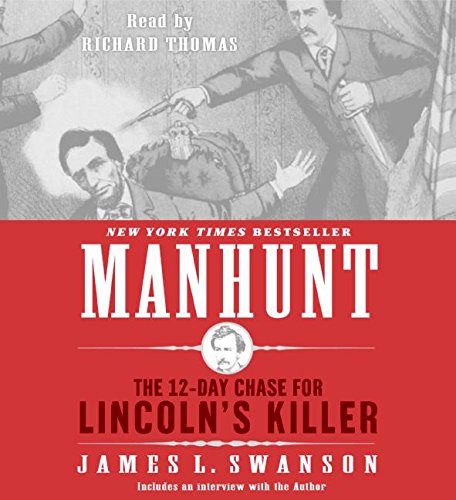 Thomas has done many solid jobs of acting in all mediums since his television days on , but it's the memories of the wide open American country tones of his flexible voice that add immeasurably to his reading of the audio version of Swanson's intensive new book about the assassination of Abraham Lincoln and the full-throttle hunt for the conspirators who planned and carried out the deed. Thomas's nuanced but never hyped narration serves as a seamless link between the words of the individual characters he brings to life. Some of the voices work better than others: his Lincoln is perhaps a bit too young and straightforward, especially compared to the darker, richer oratory of actors connected to the role such as Raymond Massey. But his John Wilkes Booth is just about perfect, catching the desperation and increasing lunacy of an actor getting ready for his role in history. And the other major characters—plotters, hunters, politicians, distraught family members—all bring a familiar story to exciting new life.