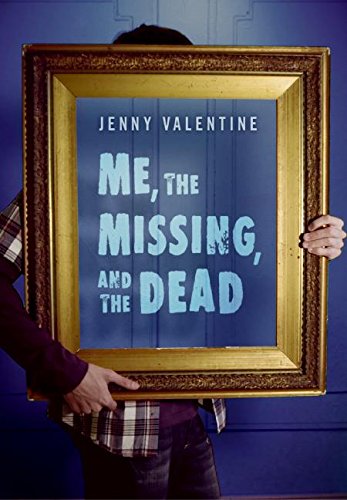 Me, the Missing, and the Dead

It's difficult to pinpoint just what makes this British debut so quietly disturbing yet so compulsively readable. Valentine simultaneously attempts a detective caper, a commentary on euthanasia and a youth's pithy send up of an unfair world—and succeeds. Despite its oddball plot, in which 15-year-old Lucas inadvertently stumbles upon an abandoned urn of ashes in a cab depot and, in an uncanny twist of fate, unearths the truth about his father, who disappeared five years earlier, the novel raises serious questions about death even as it exposes the entrails of a broken family. Even with the heavy subject matter, Valentine gives humor free reign, as Lucas mouths off in cheeky British twang about his annoying sister, his lack of friends and his sense that he is the only one still holding a torch for his father. Ages 14–up. A memorable new voice.