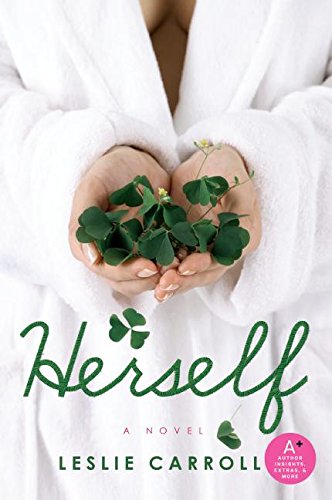 Forty-year-old Tessa Craig has been Congressman David Weyburn's speechwriter by day and lover by night for three years. So after David dumps her (he says he needs to be alone), she takes a short trip to Dublin and realizes she'd fallen in love with the "magical semi-fiction" of David's dashing public persona (that, as his speechwriter, she'd helped create). She also quickly finds another man: Jamie Doyle, a fisherman who alternately cracks one-liners and drops kernels of Yeatsian wisdom. Although Carroll ( ) throws obstacles in the way, she leaves no doubt that Tessa and Jamie are fated—never mind that Tessa is a lapsed Jew and Jamie has a ferociously possessive and traditionally Catholic mother, Maureen. Jamie follows Tessa back to New York, and the story culminates in Tessa's run for David's congressional seat after he's sidelined by a heart attack. Politics proves punishing, especially after Maureen and Jamie's sister arrive on Tessa's Manhattan doorstep to reclaim Jamie and the publishes steamy excerpts from Tessa's purloined diary. Though Carroll tends to let her scenes run on too long, her endearingly quirky cast and (mostly) snappy dialogue should keep readers rooting for Tessa up to the tears-of-joy ending.