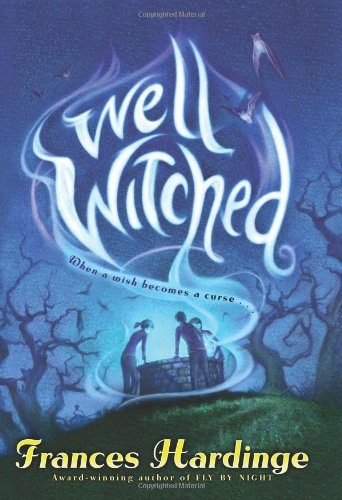 British author Hardinge's ( ) supernatural thriller takes off slowly but then becomes inescapably chilling. Stranded in a forbidden location, three friends steal coins from a wishing well to come up with bus fare. To their shock, they find themselves endowed with disturbing powers that emerge in nightmarish forms: Chelle can't stop voicing the thoughts of others, Josh affects electrical currents, and Ryan's knuckles sprout warts with eyes. Before long they realize that they must grant the wishes made by the persons who tossed in the coins—and, it emerges, to grant not their stated wishes, but their unconscious wishes, which prove increasingly menacing. Adhering to the point of view of Ryan, the most stable of the trio, Hardinge lets readers share the impact of his gradual discovery of Josh's sinister side. The author leavens the creepy tone only slightly with Chelle's positive transformation and Ryan's growing tolerance of ambiguity; she shows great faith in her cast's and in her readers' intelligence. Taut as the plotting is, insightful as the characterizations are, the language, especially the imagery, stands out even more: “[Chelle's mother] was always very busy in the way that a moth crashing about in a lampshade is busy.” A dark, polished gem. Ages 8–12.