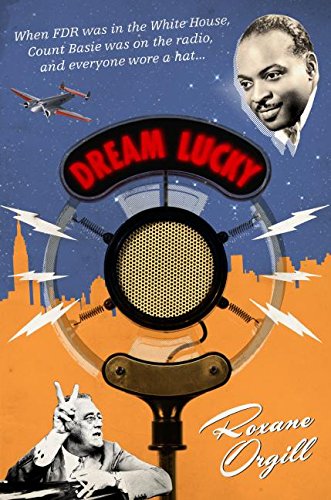 Dream Lucky: When FDR Was in the White House, Count Basie Was on the Radio, and Everyone Wore a Hat

Orgill unleashes verve and rhythmic riffs to capture the mood of the pre-WWII years, when “the radio was always on.” An ASCAP–Deems Taylor Award winner, Orgill, who has written about music for young readers ( ), recalls radio programs. big band music, comedians, art, sports, the struggle for racial equality and a nod to the Depression and Europe's gathering storm. To recreate radio, she listened to recordings rather than using transcripts because she “needed to hear the voices and the music” herself. The format is chronological, covering 48 eventful days framed by Joe Louis's loss to Max Schmeling on June 19, 1936, and the June 22, 1938, rematch, which Louis won. In between, we hear Rudy Vallee introducing Edgar Bergen to radio listeners and Count Basie at Roseland, and Amelia Earhart soaring. Langston Hughes opens his theater, Orson Welles is and FDR watches Disney cartoons. Orgill concludes this rhapsodic time-travel tour guide with a “Suggested Listening” list, cueing readers to play Basie as a background for her lilting language.