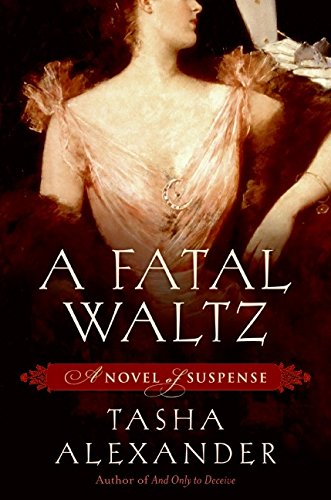 In Alexander's charming third novel of romantic suspense set in late Victorian England (after ), Lady Emily Ashton is at a country house party when someone shoots her noxious host, Lord Basil Fortescue, with a dueling pistol. After the husband of a good friend is accused of the murder, Emily determines to find the real killer. The only clue, a threatening letter promising a political assassination, drives Emily to Vienna, where she meets the painter Gustav Klimt and shares stolen moments with her fiancé, diplomat Colin Hargreaves. But Emily never forgets her urgent missionâ€”in the service of which she must match wits with double agents and anarchists as well as ally herself temporarily with Colin's former lover, the sexually sophisticated Kristiana von Lange. The appealing Emily at times comes across as too modern for even the most unconventional Victorian character, and the plot sags in mid-story despite several clever subplots. Still, the book's entertaining voice and accurate period detail will seduce most readers