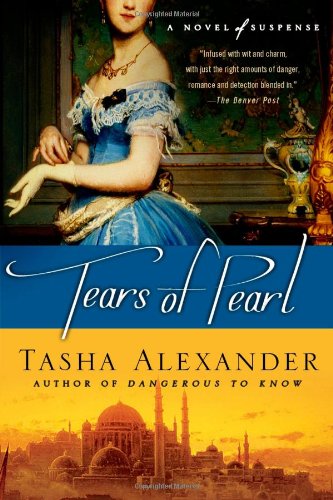 In Alexander's lackluster fourth Lady Emily historical (after ), Emily and her new husband, British intelligence agent Colin Hargreaves, are honeymooning in Constantinople when a half-English harem girl is murdered. After Colin is charged with the investigation, the British crown reluctantly allows Emily to handle questioning within the harem. Emily follows the clues much farther afield, exploring the tangled histories of the victim's diplomat father from whom she was abducted many years before, her troubled archeologist brother and sultans both current and deposed. The author deftly handles the exotic setting and a subplot in which Emily worries she may be pregnant, but a lack of tension and a number of implausibilities, starting with the ease with which a Western woman can play detective in despotic, late 19th-century Constantinople, make this a relatively weak entry. Hopefully, Emily will recover her usual sparkle once the newlyweds return to more familiar ground.