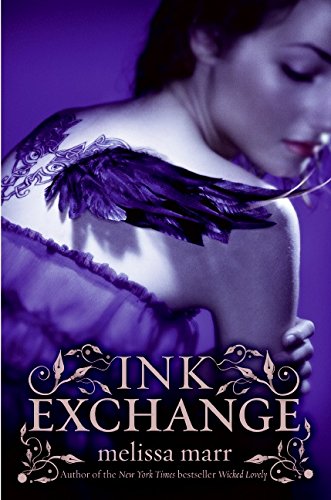 Returning to the faery world of , Marr serves up another highly addictive read, this time centering on Leslie, a mortal girl who made a cameo appearance in that earlier work as a friend of its protagonist, Aislinn. Broken by terrible trauma, Leslie seeks to anchor her mind from slipping into oblivion. She finds salvation—or so it seems—in a strange tattoo that gives her power and strength like she's never felt before. But Leslie's euphoria is short-lived, and the tattoo comes with a shocking price. Its ink has been laced with the blood of Irial, king of the fey's Dark Court. Upon the tattoo's completion, Leslie will be bound to Irial as if a slave, with Court rules forbidding even Aislinn, the new Summer Queen, and Summer King Keenan's guard, the handsome Niall, to sever this dark attachment. Once again readers will find a love triangle that simmers, this time among Leslie, Irial and Niall—all of whom face choices that could cost them everything they prize. Compulsive enough to give the Twilight series a run for its money, and dizzyingly more sinister. Ages 12–up.