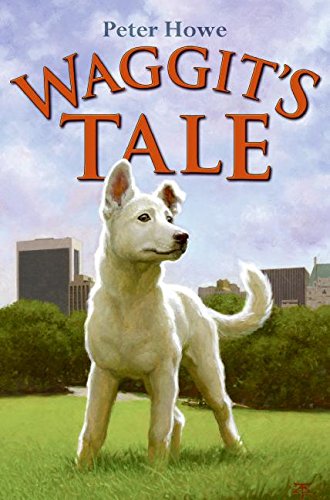 Photographer Howe's first novel, based on his rescue of an abandoned dog in 1981, is a coming-of-age tale told from the canine perspective, with ample anthropomorphizing. Believing he has been separated from his owner, Waggit crisscrosses Central Park until he is befriended by Tazar, leader of a band of generally affable strays (“We are our own masters; we owe obedience to no one,” Tazar sternly tells Waggit). Waggit's new “brothers and sisters” teach him survival skills that may make vegetarians squirm, and he contributes by trapping “scurries” and “hoppers” when winter descends and food becomes scarce. A battle with a rival pack and the ever-present threat of park rangers who take dogs to the Great Unknown provide tension—Waggit gets captured, but ultimately gains a new home and owner. Dog lovers (especially New Yorkers) will enjoy the knee-high view of the park and Howe's take on canine vernacular—it's not Central Park West but “Goldenside,” and humans are “Uprights.” (A glossary and birds'-eye-view map marking both geography and plot points are provided.) Howe doesn't sugarcoat the lives of homeless dogs, and readers will find themselves drawn into the struggles and triumphs of Waggit's found family. Ages 10-up.