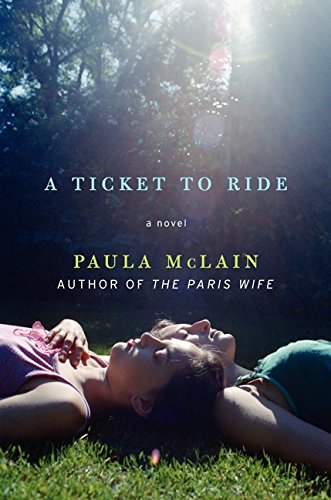 A Ticket to Ride

The summer of 1973 in Moline, Ill., is enlivened and permanently marked for 15-year-old Jamie by the arrival of her charismatic, seen-it-all cousin, Fawn Delacorte, in McLain’s sure-handed if familiar debut novel (after the memoir ). Abandoned by her parents as a baby, Jamie is a lonely, naïve teenager from Bakersfield, Calif., sent to live with her uncle Raymond after her grandmother falls sick. She falls under Dawn’s spell and embraces the dissolute life of layabout teenagers, brushing ever closer to the inevitable tragedy to come. McLain alternates her vivid first-person account of Jamie’s initially glorious summer with Raymond’s recollections of his fraught relationship with Suzette, his younger sister and Jamie’s mother. The echoes between past and present, Jamie and Suzette, and between Suzette and Fawn ring ever louder as the novel progresses, and protectors clash with those they vainly try to protect. McLain has a good ear for the dialogue of hormonally crazed, unpredictable teenagers. But 1970s childhoods are well-trod literary territory, and it feels as if this tale has already been told.