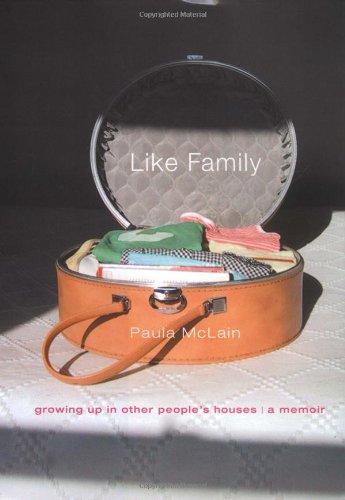 LIKE FAMILY: Growing Up in Other People's Houses: A Memoir

The teenage years are trying for many, but they're downright hellish for those abandoned by their parents and shuffled from foster home to foster home. Such is the painfully obvious message of McLain's memoir. Sparing no harsh details, McLain recounts the 15-year span during the 1970s and early '80s when she and her sisters endured all sorts of hardships at the hand of so-called parents, even including sexual and physical abuse. The girls never felt accepted by or connected to anyone, and these identity conflicts only amplified their normal teenage insecurities. McLain has won recognition for her poetry from the NEA and with a grant from the Academy of American Poets for her first book, . She displays her poetic inclinations with florid descriptions of every person and place she encountered and concrete illustrations of her feelings. Recalling the first uncomfortable moment upon entering the first strange house as an eight-year-old, she writes, "the distance between the door and the couch seemed vast and unnavigable, like the distance between and dinner, evening and morning, tomorrow and next week. We sat down." Although McLain's constant embellishments and fixation on superfluous character development detract from a consistent narrative thread, this is a brave account, evidently cathartic for the author and occasionally difficult for the reader.