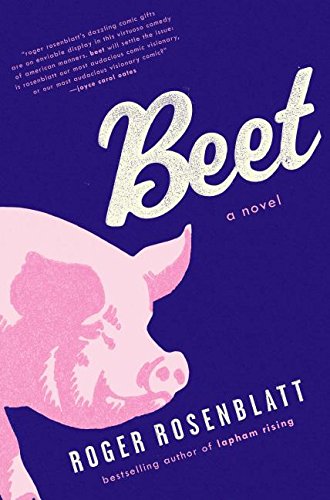 The politically correct, rigorless American university is by now an easy comic target, one that cultural critic Rosenblatt ( ), longtime contributor to and PBS’s , hits amusingly. Rosenblatt’s Beet College is an old money New England university where students can major in such disciplines as Postcolonial Women’s Sports and Little People of Color. But dear ol’ Beet is going bust. The endowment’s vanished and the chairman of the board of trustees, Joel Bollovate, is a paragon of anti-intellectualism. He’s also a real estate developer with his greedy eye on the choice campus land. Peace Porterfield, professor of English, is charged with coming up with a new curriculum—one that will attract more students, more grants and more alumni gifts—or else Beet is beat. Arrayed against Professor Porterfield’s honest efforts are the inept faculty on his committee as well as foulmouthed undergrad poet Matha Polite and her confused band of radicals. With plenty of chuckles along the way, Rosenblatt elucidates the grim shift universities have made toward the business model, where the president is CEO, the professors dunderheaded grant grubbers and the students mindless consumers.