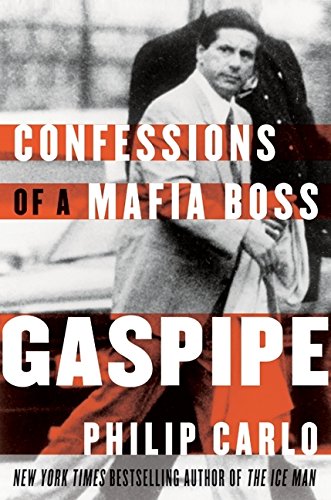 Gaspipe: Confessions of a Mafia Boss

One of the most dangerous, intriguing Mafia chieftains ever, Anthony “Gaspipe” Casso served as an apprentice thief and killer before rising to boss of the infamous Lucchese crime family, according to Carlo, a childhood neighbor of the South Brooklyn native. Carlo ( ) depicts a violent teen doted on by his gangster father and his mob godfather, Sally Callinbrano, groomed in the art of the kill and Cosa Nostra values. As his enterprises in hot goods and drugs prospered, Casso became the chief enforcer and mob royalty, able to buy a stylish lifestyle as well as an assortment of crooked cops and FBI agents. Tucked away in this book's blood-drenched pages is a picture-perfect love story between Anthony and his wife, Lillian Delduca. And for Mafia-obsessed readers, there are fascinating tidbits from the now jailed Casso about mob bosses John Gotti and Paul Castellano, Sammy “The Bull” Gravano, Hoover's FBI, the Russian mob and several thug rubouts. This powerful story is required reading for anyone with a yen for the Mafia, the criminal underworld and a law enforcement system struggling to keep up. 8 pages of b&w photos.