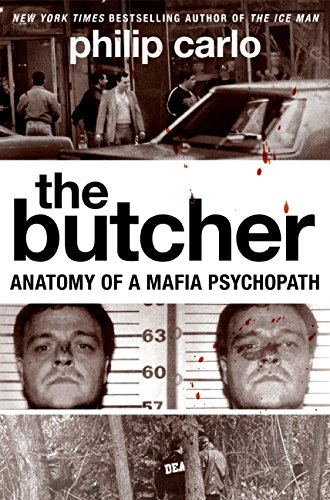 The Butcher: Anatomy of a Major Psychopath

A veteran chronicler of the mafiosi, Carlo ( ) turns his attention to Tommy “Karate” Pitera, a brutal capo in the Bonanno crime family who allegedly killed 60 people. Carlo traces the rise of Pitera, born in 1954 into a modest Brooklyn family, to an honored place with the Bonannos, whose reputation for widespread drug peddling and bloody rubouts struck fear in their rivals. After spending two years in Japan, Pitera returned home with mastery in martial arts, efficiency in killing and a love for drama, often dressing as a rabbi, a woman or in other wacky disguises to score a hit. The other fascinating character of this gangster saga is Jim Hunt, a tough DEA officer, who assembles a dragnet of smart methods, snitches and turncoats, and snares Pitera and his crew after several savage murders. Carlo's scalding depiction of this mob mad man is enhanced by 16 unpublished photos not seen by , but apparently so gruesome Carlo feels compelled to warn readers in an author's note.