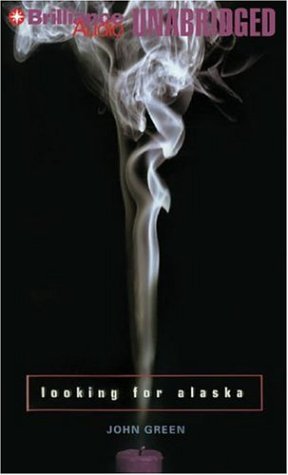 Green's young adult novel debut won him many admirers in its 2005 print incarnation, and that success is likely to be repeated with this admirable audio version—impeccably read by Jeff Woodman, a veteran actor with more than 200 audiobooks to his credit as well as lots of stage and television work. Woodman is especially good at quickly bringing to life three very different characters: Miles, a 16-year-old from a safe, middle-class Florida home; his new boarding school roommate, the angry, brilliant Chip, a scholarship student from a poor family; and most intriguing of all, the beautiful Alaska Young, a smart and funny breaker of hearts who carries some psychic scars of her own. Thanks to Woodman's skill at subtly capturing the energy, hopes and pain of these young people without resorting to vocal gimmicks, Green's insights into the impact they have on each other come across with full artistic strength. Ages 12-up.