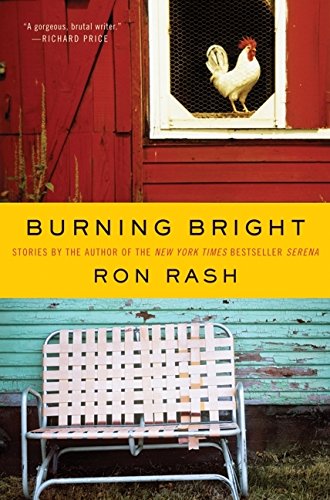 The latest from Rash ( ), a collection, begins with “Hard Times,” in which a struggling farmer in the midst of the Great Depression tries to discover who's stealing eggs from his henhouse without offending the volatile pride of his impoverished neighbors. The present-day stories are also situated in poverty-plagued small towns whose young citizens are being lost to meth addictions: in “Back of Beyond,” a pawnshop owner has to intervene when he learns his nephew Danny has kicked his parents out of their house and sold off their furniture to support his habit; in “The Ascent,” a young boy lovingly tends to a couple of corpses—victims of a small plane crash. Rash's stories are calm, dark and overtly symbolic, sometimes so literal they verge on redundant: in “Dead Confederates,” when a man falls into the Confederate tomb he's looting, the graveyard caretaker notes: “I'd say he's helped dig his own grave.” With a mastery of dialogue, Rash has written a tribute and a pre-emptive eulogy for the hardworking, straight-talking farmers of the Appalachian Mountains.