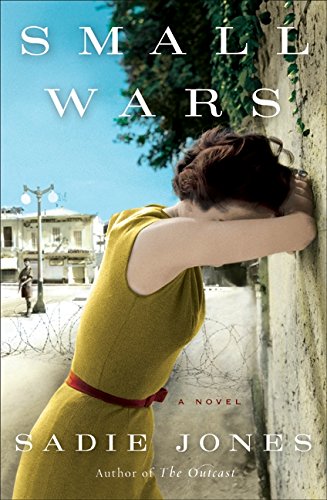 In her excellent second novel (after ), Jones sets a couple down in turbulent 1956 Cyprus as the Cypriots seek union with Greece and resist British rule. British army major Hal Treherne is dispatched to Cyprus, taking along his wife, Clara, and their young twin girls. There, they fight separate, but equally maddening, battles—Clara as an army wife with babies in an increasingly dangerous land, and Hal on the front lines where, yearning for firefights, he is instead haunted by his lack of control when torture and rape occur at the hands of his own men. While Hal dodges mortal danger, Clara tries to keep the homefront together, struggling to remain supportive of him as she remains isolated with the twins and he is tormented by the violence he witnesses. After Clara narrowly avoids death, Hal makes a split-second decision with powerful implications for their future. The narrative is excruciatingly tense and also graced with real emotion as a marriage is pushed to the brink and loyalties are stretched and broken. It's the perfect mix of poignant and harrowing.